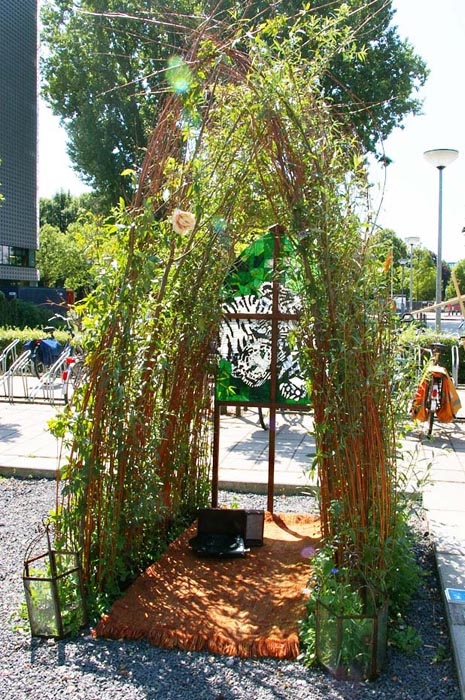 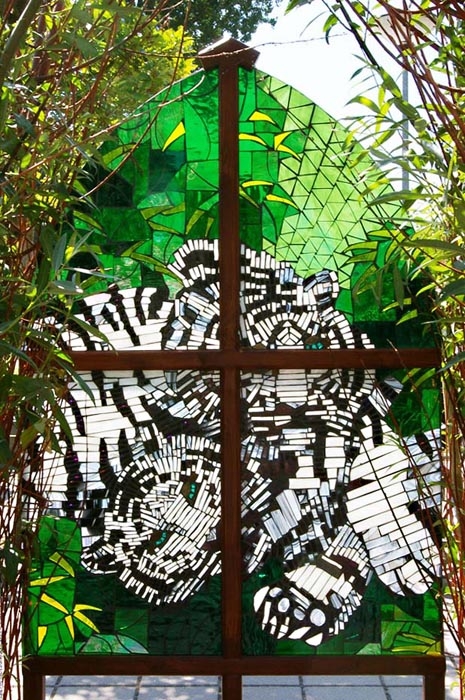 The ‘Tree Temple’ installation as a ‘sacred space’ with a stained glass window depicting an unusual archetype from ancient Chinese mythology: white tigers as a symbol of peace and harmony. This was an exploration of the concept that the embracing of new archetypes can have a profound impact on the psyche: new mythologies lead to new inspiration and new ways to construct your reality. A recording of the church bells performance ‘Recording Heaven’ on vinyl LP was played inside the installation.

In looking for ways to explore religious archetypes and their impact on people on an individual and societal level, stained glass mosaic with its sanctifying and celebrating religious connotations seemed a fitting medium. With humans being the carriers, developers and manifesters of ideas, so stained glass is a filter for light just as the human is a filter for ideas.
The conceptual reasoning is that archetypes in the ‘realm of ideas’ are pulled through human filter into manifestation. In a parallel manner sunlight filters through the created stained glass image of the archetype, hitting the retinas of the human viewer back into the realm of ideas. The connotations of the given archetype are thus subconsciously absorbed and intensified. 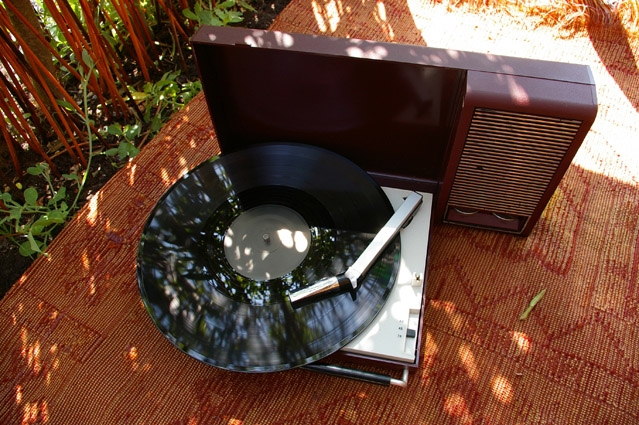